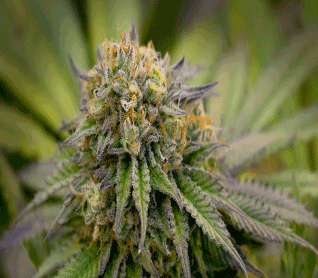 Marijuana: (also called weed, herb, pot, grass, bud, ganja, Mary Jane, and a vast number of other slang terms) is a greenish-gray mixture of the dried flowers of Cannabis sativa. Some people smoke marijuana in joints (hand-rolled cigarettes); in bongs (water pipes), or in blunts (marijuana rolled in cigar wraps). Marijuana can also be used to brew tea and is frequently mixed into foods (edibles) such as brownies, cookies, or candies. The main psychoactive (mind-altering) chemical in marijuana, responsible for most of the intoxicating effects that people seek, is delta-9-tetrahydrocannabinol (THC). The plant also contains more than 500 other chemicals, including more than 100 compounds that are chemically related to THC, called cannabinoids. The chemical is found in resin produced by the leaves and buds primarily of the female cannabis plant.

The Effects on the Body

When marijuana is smoked, THC and other chemicals in the plant pass from the lungs into the bloodstream, which rapidly carries them throughout the body to the brain. If marijuana is consumed in foods or beverages, these effects are somewhat delayed (usually appearing after 30 minutes to 1 hour) because the drug must first pass through the digestive system. 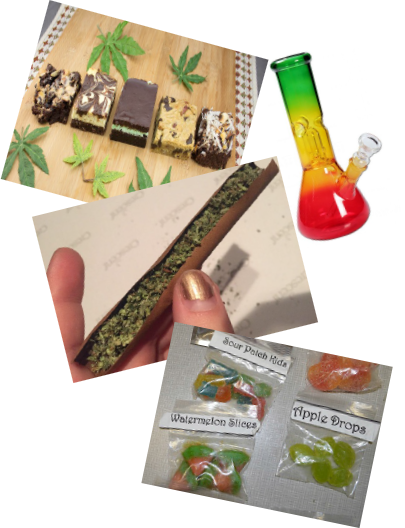 These effects are more common when a person takes too much, the marijuana has an unexpectedly high potency, or the person is inexperienced. These unpleasant but temporary reactions are distinct from longer-lasting psychotic disorders, such as schizophrenia, that may be associated with the use of marijuana in vulnerable individuals.

In concerts, at house parties, even in the hallway of apartment buildings, you may have come into contact and been exposed to secondhand marijuana smoke. In situations like these, people often worry how breathing someone else’s marijuana smoke affects them.

Can you get high from inhaling secondhand marijuana smoke?

Research shows that very little THC is exhaled back into the air when a smoker exhales. So little, in fact, that if you sat in a room while people exhaled the smoke of four marijuana cigarettes (sometimes called joints) in one hour, you wouldn’t get high.

Researchers measured the amount of THC in the blood of people who do not smoke marijuana and had spent 3 hours in a well-ventilated space with people casually smoking marijuana; THC was present in the blood of the nonsmoking participants, but the amount was well below the level needed to fail a drug test. Another study that varied the levels of ventilation and the potency of the marijuana found that some nonsmoking participants exposed for an hour to high-THC marijuana (11.3 percent THC concentration) in an unventilated room showed positive urine assays in the hours directly following exposure.

The Company We Choose

(Personal perception of an anonymous young adult)
People think that just because we hang around people who smoke, we intend to do the same, but that's not always true. Most-likely, we hang around these people because we have known them for some time and they are cool people to be around, smoking or not.  We like their personalities and enjoy doing fun things together. Smoking doesn't make them bad people to be around.  When we hang around these people, it is not our intent to try it out, nor do we always feel pressured into it, well not that I believe. Now, we do have some people who just want to fit in (<a href="http://www.envisionone.com/building-self-confidence/">due to low self-esteem</a>), so they will try anything for someone to like them. For those that have prior short term marijuana usage, they have the ability to stop smoking. Now for some, it may be harder than others. Being that marijuana is known as a gateway drug, it increases the chance of a person getting into something much harsher. For example: drugs like "cocaine or heroin". For those that are addicted to marijuana, the longer they have been on the drug the harder it will be to wean them off.

"Awareness is the key to preservation of life".